As an Information Management and Preservation MSc student volunteering at the University of Glasgow Archive Services, I recently had the privilege to catalogue the Papers of Professor Henry Dyer, 1848-1918, alumnus, engineer and educationalist. Henry Dyer graduated BSc from the University in 1873, and became a major figure in the reformation of the Japanese higher education curriculum. 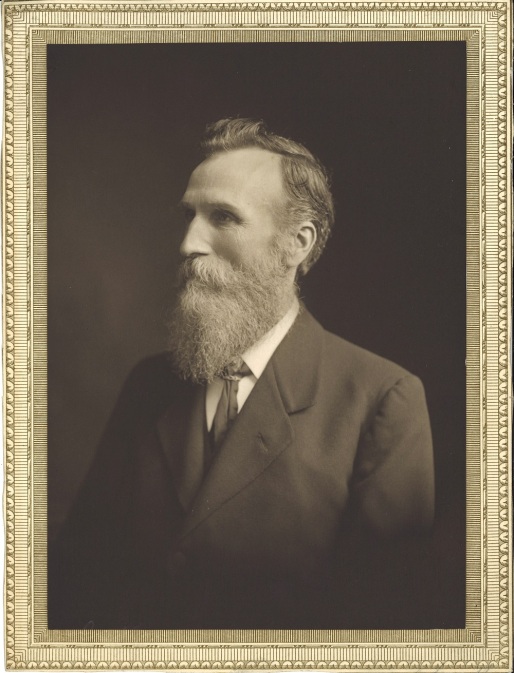 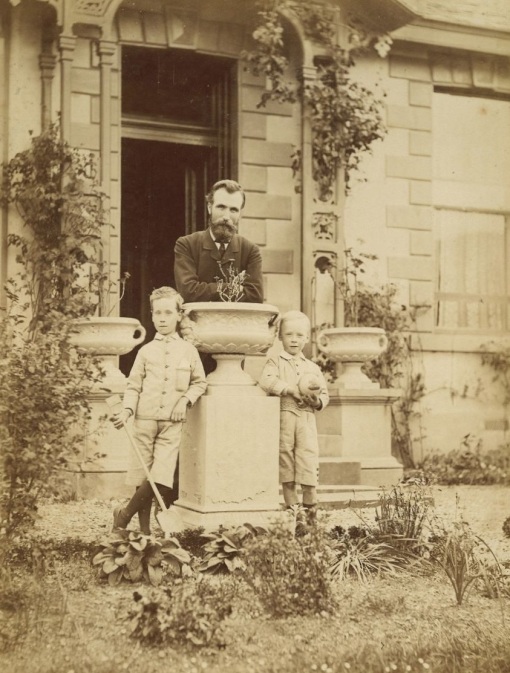 The collection includes a variety of documents relating to his career including two letters from the students and graduates of the The Imperial College of Engineering, Tokyo, presented to him in 1882 when he was leaving after nine years to return to Glasgow. Henry had taken up the position of Principal and Professor of Civil and Mechanical Engineering at the College directly after graduating at the age of 23, on the recommendation of his former professor, Macquorn Rankine. The College was newly founded in 1873, an institution created with the purpose of training engineers who would contribute to the modernisation of Japan.

Alongside Yamao Yozo, Japanese Minister of Public Works in the first Meiji era government, Dyer developed a new kind of curriculum, a combination of theory and practice which he himself had experienced in Scotland. He implemented a six-year ‘sandwich course’ structure, with students able to gain practical workshop experience in the adjacent Akabane Engineering Works.

The high regard in which Henry was held by his students is evident in the letters, as is their gratitude for ‘the care and attention you have so kindly paid us both officially and personally for a period of over nine years’. They further state that ‘Through your exertions the college has attained a thorough organisation and by your care and attention we have successfully completed our studies in it.’ In this it would seem he had met the terms of his contract of employment, which demanded that he ‘devote his whole time and attention, with zeal and energy… and shall use his utmost exertions to promote the establishment and successful maintenance of the College’, for which he received an annual salary of £1500. Many of the graduates came to the University of Glasgow to continue their studies, and gain work experience in Scottish industries. In his continuing work in promoting relationships with Japan and the education of its students Henry supported them. A major achievement in this area was his campaign to get the University Court to accept Japanese as an entry subject in the preliminary exam for aspiring students, which they agreed to in 1901.

In cataloguing the collection, one item in particular provided a challenge to identify.  A one page printed document, entirely in Latin, bearing the University Coat of Arms and dated January 1901, addressed to Henry Dyer and signed by the Principal Robert Herbert Story. The dates were a match for the University Court decision to accept Japanese in the entry exam, and it was suggested it could be some kind of certificate related to that, but without the skills to read Latin some corroborative evidence was required.

A delve into the University Senate Minutes for 1901 proved helpful in confirming that the Senate did indeed approve Japanese as a language which could be taken in the Arts and Sciences preliminary exams. This entry referred to the case of one particular student Sampachi Fukuzawa, whose father was said to have been one of the most influential people of the Meiji Restoration. As detailed in the Senate Minutes for 7 Feb 1901, Sampachi had presented to the Clerk of the Senate a letter from the Joint Board to Henry Dyer informing Dr Dyer ‘that the Board unanimously agreed to allow Japanese students to take either Japanese or Chinese in place of French or German for the preliminary examination in science.’ The University Court Minutes for 14 March 1901 state the appointment of the Japanese Consul General in London M. Arakawa as the Examiner, however he could not accept the position, and on 28 March 1901 the court appointed Professor Natsumé from the University of Tokyo, who was travelling in the UK at the time.

Whilst this provided fascinating context it did not help to identify the Latin document so we decided to tackle it from other angles, firstly by closely examining the format. As everything was printed except the addressee and the signature, it seemed designed as a template to be used for multiple addressees, such as a certificate, or invitation would be. This didn’t seem to fit the particular circumstances of the language exam decision, to which a letter of confirmation being sent to Henry was more likely, as referred to in the Senate Minutes.

Along with the much appreciated help of Claire Daniel’s Latin skills which allowed us to identify key phrases, some research into what else was happening in the University at the time proved fruitful. In 1901 the University had its 450th Anniversary, also referred to as the 9th Jubilee, and a look in the album scrapbook for the event revealed a copy of the same Latin document which was in fact an invitation to the celebrations held in May of that year. This process highlighted to me the importance of not making assumptions about records and documents based on context alone.

There are more letters and certificates in the collection to explore, which document Dyer’s ongoing relationships with the University and Japan, along with photographs and his scrapbook of newspaper cuttings related to his professional accomplishments and own writings. The collection catalogue can be found here, and there is more information on Henry Dyer in the University Story.