Home › Archives and Special Collections › International Day of Women and Girls in Science: A Celebration of Glasgow University’s Women that Broke the Mould

International Day of Women and Girls in Science: A Celebration of Glasgow University’s Women that Broke the Mould

Today is International Day of Women and Girls in Science, an event recognised to encourage the development of women in an underrepresented industry. According to the United Nations, a study conducted in 14 countries states that, “the probability for female students of graduating with a Bachelor’s degree, Master’s degree and Doctor’s degree in science-related field are 18%, 8% and 2% respectively, while the percentages of male students are 37%, 18% and 6%.”

Unfortunately this makes the image below of Mary Baird Hannay, ‘the first woman to take the [Postgraduate Pathology] class at the University, 1897’, all too poignant even today.

As stated by UN Secretary-General, António Guterres, “We need to encourage and support girls and women to achieve their full potential as scientific researchers and innovators.” With fewer women entering the fields of Science than men, it is imperative to encourage #WomenInScience. Here at ASC we want to take today to celebrate the female innovators of Glasgow University that broke the mould in this industry.

We also have Mary Baird Hannay, mentioned and pictured above, who first graduated MBCM from the University in 1896, and was the first woman to take the pathology class. Hannay worked as a doctor post-graduation. Her final thesis, which is held in Special Collections, was entitled ‘Observations, Post Mortem, Upon the Sane and Insane.’ (Ref: Thesis (Old) 7.09.)

Next we have Sheina Macalister Marshall, (1896-1977), a University graduate who was a major figure in British biological oceanography, and one of the first women to be made a Fellow of the Royal Society of Edinburgh in 1949. 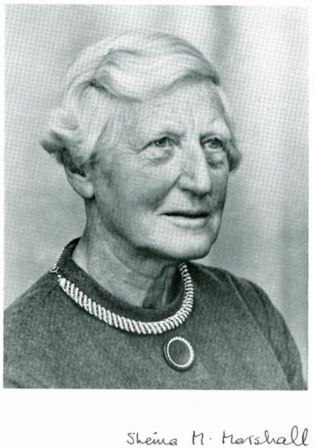 Here we also have an image of Delphine Parrott. Forty-five years ago, in 1973, she was given a titular (personal) professorship, becoming the University’s first female professor. When Professor White retired in 1980, Parrott was made both Head of Department and Gardiner Professor of Bacteriology (later known as the Gardiner Chair of Immunology).

These are just some of the women of Glasgow University who broke the mould in Science. There are also women like Lilias Mary Watson Barron, pictured below, who continued the work of these innovators by studying the subject of Chemistry with two other women in her class. Lilias graduated BSc in 1934.
Information on the collection of Lilias Mary Watson Barron can be found here. 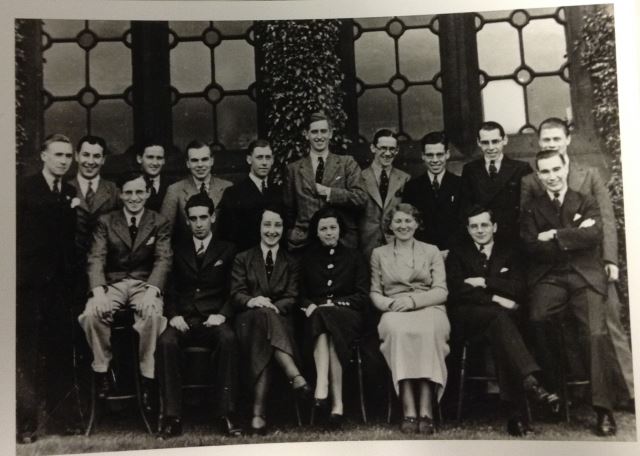 Here at ASC we would like to take the time to encourage all our students to be the next big innovators and take inspiration from #WomenInScience.

If you would like to view these records for yourself, please feel free to get in contact with us and book an appointment at library-asc@glasgow.ac.uk.