Westminster and the UK Government 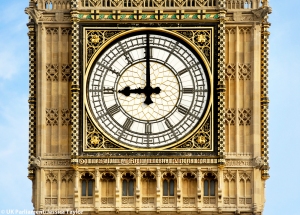 Scotland: Public spending and revenue. “Public spending and taxation in Scotland was a hotly debated issue in the run up to the Scottish independence referendum, and has remained so since. A range of statistics exist on the subject: here we look at what these say and how they are measured.”

Online harassment and cyber bullying. “There have been calls to review the law covering online harassment and cyber bullying. The Conservative and Labour manifestos both contained proposals to deal with the issue. So will the law change? This Briefing Paper focusses mainly on England and Wales, but also touches on the law and relevant guidance in Scotland and Northern Ireland.”

Towards a circular economy-Waste management in the EU. “This STOA (Science and Technology Options Assessment) study explores waste management in the EU. Around one third of EU municipal waste was sent to landfill in 2012. To turn waste into a resource, waste management objectives must be aligned with the goals of a circular economy transition. This report highlights progress and challenges across Member States and in municipalities for (1) reducing waste, and (2) generating high-quality waste streams for re-use and recovery. It focuses on the current policy landscape, trends, and technologies for the five waste streams identified in the European Commission´s Circular Economy Action Plan. Employment opportunities for the different steps of the waste hierarchy as well as future policy options are identified and discussed.” Annex I to Report.

The Scottish Parliament and Government 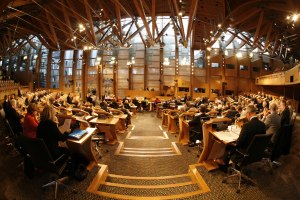 Offensive Behaviour at Football and Threatening Communications (Repeal) (Scotland) Bill. “The aim of this Member’s Bill is to repeal, in its entirety, the Offensive Behaviour at Football and Threatening Communications (Scotland) Act 2012. The Bill has been introduced by James Kelly MSP. This briefing provides information on the background to, and the provisions within, the act and examines the policy underlying the Member’s Bill which is seeking to repeal the 2012 Act.”

The impact of sterling depreciation on prices and turnover in the UK manufacturing sector: 2017. “This article shows how manufacturing industries have responded to currency movements. It highlights how the value of export turnover has steadily increased for both large and small to medium-sized businesses since the EU Referendum on 23 June 2016.”

Living abroad: dynamics of migration between the UK and Ireland. “This is the fourth report, in a series of six, being published in response to an increased user need for data about the people who may be most likely to be affected by the UK’s decision to leave the EU.”

If you’d like to know more about official publications just get in touch with us at the Maps, Official Publications and Statistics Unit on Level 7 of the library. We’re open Monday to Friday, 9 am to 5 pm, and can be contacted on 0141 330 6740 or mops@lib.gla.ac.uk.

Like Loading...
‹ From realist painting to martial arts cinema : new books in the Library, 25th September 2017
Through conservation keyhole: engage with early photography! ›