The ‘H’ section alone could provide a snapshot for the books found in Hunter’s library as a whole. Medical works both ancient and modern are a theme throughout with Hippocrates, William Harvey, Albrecht von Haller, and Hunter’s brother John all represented. 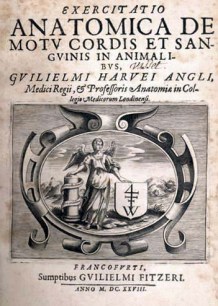 Art and architecture are represented by Hogarth’s Analysis of Beauty and works by Sir William Hamilton. Works by Horace, Herodotus, Homer, and Hesiod demonstrate Hunter’s interest in ancient writers. Incunabula by St Jerome are here since he is listed as ‘Hieronymi (S.)‘, ‘Hieronymus‘, or ‘Hyeronomi (St.)‘.

As always with these brief project posts, there is not space to go into detail. The ‘H’ section comprises 550 entries so this post only represents a tiny percentage of the books and pamphlets in Hunter’s collection. Fortunately, there is an obvious author to focus on for this section.

This section of Hunter’s library of course includes works by Hunter himself. These include the plates for his best-known work The anatomy of the human gravid uterus exhibited in figures by Jan van Rymsdyk published by John Baskerville in 1774  (Sp Coll Hunterian Az.1.2) and his Medical Commentaries of 1762 (Sp Coll Hunterian Z.2.9).

Hunter became embroiled in a dispute when the young professor of anatomy at the University of Edinburgh, Alexander Monro secundus when Monro published his thesis on lymphatic anatomy in 1755. Hunter had been lecturing on the topic for nearly a decade so was surprised to see Monro claiming the idea of lymphatic drainage as his own. Monro published another thesis in Berlin in 1757 (De venis lymphaticis valvulosis et de earum in primis origine) in which he credited himself with the discovery of lymphatic absorption. A print-war followed with both anatomists and their allies defending their positions in the pages of the Critical Review. Once back in Edinburgh, Monro published Observations, anatomical and physiological, wherein Dr. Hunter’s claim to some discoveries is examined in 1758. Hunter had multiple copies of this in his library. I have yet to examine these to see if he carried on a manuscript dialogue with his rival.

Hunter delayed his reply until his Medical Commentaries of 1762. He had been busy gathering evidence and the book includes testimony and letters from former students who had attended his lectures,  witnessed his anatomical demonstrations, and heard him describe the lymphatic system.[1] Munro may have gotten into print before Hunter but Hunter claimed priority for the discovery.

We can turn to Hunter’s introductory anatomical lectures, published after his death, to find his final words on the subject. Hunter is in no doubt that the discovery is his and that his accomplishment rivals Harvey’s in importance:

In our own times, after schools of Anatomy have long flourished in all the civilized nations of Europe, and when from the number of men who have been employed in such researches, it might have been imagined that discoveries were exhausted, Providence has allowed me a greater share of that sort of honour which is generally given to discoverers, than I could have expected.

I think I have proved, that the lymphatic vessels are the absorbing vessels, all over the body; that they are the same as the lacteals; and that these altogether, with the thoracic duct, constitute one great and general system, dispersed through the whole body for absorption; that this system only does absorb, whatever is to make, or be mixed with the blood, from the skin, from the intestinal canal, and from all the internal cavities or surfaces whatever. This discover gains credit daily, both at home and abroad, to such a degree, that I believe we may now say, that it is almost universally adopted: and, if we mistake not, in a proper time, it will be allowed to be the greatest discovery, both in physiology and in pathology, that Anatomy has suggested, since the discovery of the circulation. [2]

We have now completed a full draft transcription of MR 3! We are currently checking this very carefully and tracking down any remaining queries.

The next step will be to begin work on transcribing MR 1 (Hunter’s ‘medical’ catalogue) and MR 2 (his ‘Common Catalogue’).

Members of the project team are researching topics and books that they have found to be particularly interesting as they have been transcribing and checking MR 3 and they are writing blog posts about them. You can read the first of these here.

[2] Two Introductory Lectures, delivered by Dr. William Hunter, to his last course of anatomical lectures, at his Theatre in Windmill-Street: As they were left corrected for the press by himself (London: Printed by Order of the Trustees, 1784), Lecture I, pp. 58-9.