Top five weird University Library rules from the past 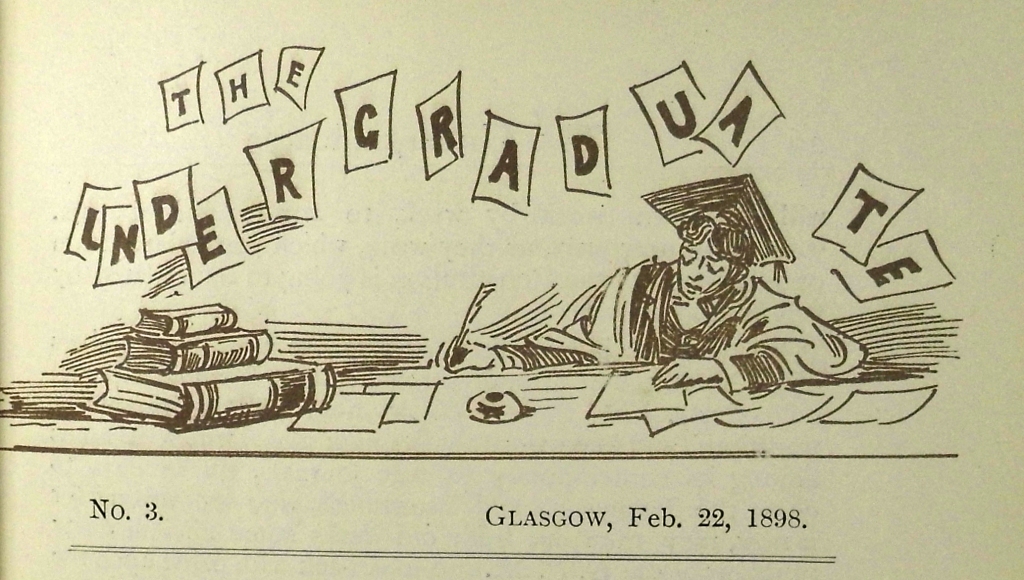 Our recent #LibraryMostWanted poll to identify the most heinous “library crime” got me thinking about what University Library life was like when I was an undergraduate here. Other students talking loudly in the Library on mobile phones weren’t much of a problem in 1997 since mobiles were pretty few and far between. And even if you had one, the signal in the west end of Glasgow was usually rubbish so they weren’t much use. But what was life like in the Library for previous generations of students? What were the Library rules 100 years ago? Or 200 years ago? I’ve done some digging and picked out a few weird rules from days gone by:

1. No reading by candlelight

The earliest University of Glasgow Library rules were written down in Latin over 350 years ago. What’s surprising is how similar – in some respects – they are to today’s dos and don’ts. They include a rule against writing on the books and another forbidding library users from raising their voices above a whisper (like our Library Amber and Red zones remain today). But some of the rules are quite different. One eye opener reads: “Nemo ad lychnum legito vel librum igni admoveto” which translates roughly as “No one may place a book near a lamp (candle) or naked flame”.1 In the days before electric lighting it must’ve been very tempting to use candles to help read the books but this was clearly prohibited in the Library as a fire risk. It is perhaps for this reason that the Library’s opening hours were painfully short: just four hours a day during the winter (10am to 12 noon and 2pm to 4pm) presumably the only time anyone could see anything to read. An extra two hours was bolted on during the summer months, from 7am to 9am, because we all know that students love nothing more than a bright early start and a trip to the Library. Ahem.

2. No borrowing books on Tuesdays and Thursdays

For a considerable part of the Library’s history books weren’t actually lent out to students; they were to be read only within the building. That began to change during the eighteenth century when it was noted by the Faculty, in what now seems a droll understatement, that students not being able to borrow books was “likely to prove very prejudicial”. Borrowing was from then on permitted providing the student had a note from the Principal or his Professor (and it was still only “his” at this point). Yet the generous borrowing rules students now enjoy didn’t follow on from this change automatically. One particularly weird rule from the early nineteenth century stated borrowing was limited to a maximum of just two books, and that books could only be borrowed on Mondays, Wednesdays and Fridays. And when it came to returning them, students could only do so on Tuesdays and Thursdays.2 No helpful and convenient book return boxes for our nineteenth-century friends.

3. No Jane Austen or other such smut (it’ll rot your mind, you know)

Amazingly, for hundreds of years lending works of fiction to students was not the done thing. The earliest reference I can find to this rule dates from 1712 and states that the librarian may only issue students books “proper to their present study, and none which may have a bad influence upon their principles and morals”.3 By the middle of the first half of the nineteenth century this attitude had modified slightly and students could borrow novels but only those printed in foreign languages, a restriction which annoyed many students no end. One visitor to the Library at the time made the following comments about the odd rule:

“Novels, Romances and dramatic pieces … are interdicted from quitting the shelves. Respecting the propriety of the … regulation … “no small stir” was once made among the students. … Before the invention of printing, the ordinance might have had its use. There are now no exclusive libraries. From Dan to Beersheeba, the roads are strewn with printed leaves, with knowledge good or bad. The selection is with the traveller.”4

In 1861 the University began to teach English Literature and the librarians grudgingly relented and began to allow English students to look at works of fiction. But for everyone else the restriction seems to have remained in place! As late as 1921 the student handbook comments that “during the Winter Session no works of fiction are issued to any students, except such as are attending the classes of English Literature”.5 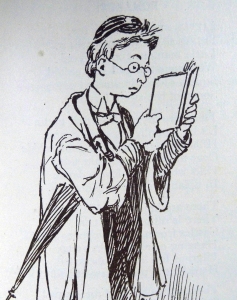 4. Library fines… For the librarians!

When book lending was instituted in the Library in the early eighteenth century, the University hierarchy was quite jumpy about it since they were worried it’d lead to books being damaged and going missing. Not only was permission from your Professor required for you to borrow a book but you also had to pay for the privilege! Big books cost more than small books to borrow and the longer the loan period, the more you had to pay. If the librarian failed to charge students according to these rules they were to be fined by the University. If they were found doing it again, the fine doubled. And if discovered contravening the rules for a third time, the librarian was fired!6

You don’t have to go back hundreds of years to find surprising Library rules. A new set of rules was set out in 1968 on the opening of the current Library building. While most are pretty similar to what we still expect of users today, Rule 3(c) is surprising: “No bag, attaché case, brief case, or parcel, and no outer coat, shall be brought into the Library”.7 Back in the 60s the University had far far fewer students. I’m just trying to imagine what it’d be like today if we asked everyone to leave their bags and jackets in a nice small pile in the foyer…

Or you could borrow it from the Library I suppose, we don’t even charge students for doing that these days…