A shadow library of lost books?

Some unwelcome furry visitors from Blades’s “The enemies of books” (Sp Coll Mu30-f.25)

I recall reading somewhere that books survive in greater numbers than just about any other human-made object (the exception being coins). And having passed the last couple of hours buried beneath an ever-increasing mound of hefty hardbacks searching (in vain) for the source of this claim, it certainly sounds plausible to me!  Yet despite the large number of bibliographic survivors (our Special Collections department alone holds in the region of 200,000 printed books, with the same again in manuscript items) many many more books have been lost over the years.

Stories of fire, flood and the depredations of war have engaged bibliophiles for centuries, exemplified by the lost Library of Alexandria, Maffei Pinelli’s great book collection (thrown overboard by pirates!) and the frankly Blackadder-esque tale of Thomas Carlyle’s servant accidentally using the first draft of The French Revolution to kindle the fire. Owen Gingerich, in his entertaining The book nobody read, introduces us to the slim De Astronomicis Hypothesibus by Nicolas Raimarus Ursus to illustrate the dangers books face. Unlike Copernicus’s De Revolutionibus – the first edition of which still survives in 276 copies (of which we hold 3!) – Ursus’s work is now far more difficult to track down. Its scarcity can be directly attributed to it having angered the influential astronomer Tycho Brahe who accused the author of plagiarism resulting in most copies being gathered up and destroyed (ours thankfully survived the ordeal).

In truth though, the majority of lost books probably suffered a far more mundane fate: many were likely read until they fell apart; others nibbled and gnawed by insects or vermin; yet more recycled in any number of ingenious ways. Writing in the turbulent middle decades of the 16th century, English playwright John Bale described* the fate of many books and libraries dispersed for confessional reasons:

“[purchasers of libraries] reserved of those … bokes, some to serve theyr jakes [i.e. toilets – toilet roll!], some to scour theyr candelstyckes, & some to rubbe their bootes. Some they solde to the grosser and sopesellers [for packaging presumably], & some they sent oversee to the bokebynders [to be used in boards and materials for new bindings]”. 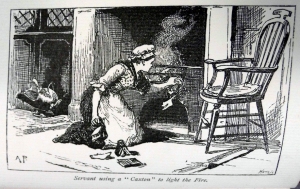 So we know lots of books have been lost for all sorts of reasons but how do we move beyond the anecdotal and begin to asses this loss systematically? Can we hope to know what proportion of printed output survives, or how representative the surviving sample might be?  And can we ever know for sure exactly which titles have been lost?

Well I was fortunate to hear Professor Andrew Pettegree deliver a talk to the Early Book Society a couple of weeks ago in which he began to address some of these issues. Professor Pettegree, author of the excellent The Book in the Renaissance, is also director of the St Andrews-based Universal Short Title Catalogue project. The USTC is a collective database of all books published in Europe between the invention of printing and the end of the 16th century, compiled from existing national bibliographies and new work conducted by the St Andrews team (e.g. the French Vernacular Book project). Pettegree’s talk, The legion of the lost – recovering the lost books of early modern Europe, discussed** how his and his colleagues’ work has permitted them to begin addressing these difficult questions.

Proportion of loss: by analysing the numbers of USTC titles which survive in, e.g.  4 copies, 3 copies, 2 copies and then just a single copy, Pettegree and his team discovered that the majority of items listed were represented by just a single surviving copy***. By using this data in a mathematical model to project the numbers for zero copies, they conclude that perhaps as many as two thirds of all books may now be lost!

Survival bias: the St Andrews team’s findings also imply that survival may well be biased towards larger books, more expensive books and those printed in Latin rather than the vernacular****. Documentary evidence points, for example, towards some indulgences and broadsheet proclamations having been issued in print runs of up to 200,000 of which now just a handful of copies (if any) survive. Many factors must have contributed to this survival bias, including prestige of big books, cost and portability (a small book can more easily fit into – and fall out of – one’s pocket!). But, clearly, it is important to acknowledge the implications of this bias when using the surviving bibliographical record to try to understand the reading habits of those who have come before us: many surviving books have only done so because, for generation after generation, they sat stolidly on the library shelves, unloved and unread!

Recreating the ‘shadow library’:  working initially on the French vernacular book project, the St. Andrews team adopted a number of strategies for reconstructing the corpus of lost books. For example, they analysed indexes of forbidden/banned books, looked at music books printed in ‘parts’ where some parts survived and others didn’t, and looked at contemporary French bibliographic catalogues. Where it was possible (carefully) to conclude the prior existence of a now-lost book (e.g. the survival of  a part 1 and part 3 but no part 2), they added it to the bibliography. Now they hope to go on to add lost English books using sources including the Registers of the Stationers’ Company. Pettegree is not oblivious to the risk of misleadingly creating ‘ghost books’ (bibliographic listings for books that never actually existed). However, he clearly feels that the benefits outweigh the risks, commenting:

“While we must, in a small number of cases, risk creating books that never existed, this category is easily dwarfed by books, and particularly broadsheets, certainly published, but now apparently wholly lost. Anything that can be done to reconstruct this fugitive part of the sixteenth century book world is extremely valuable”.

The fascinating world of early modern printing may never, as Pettegree comments, be wholly recoverable but projects like the USTC are certainly beginning to allow us to glimpse what that world might have looked like more accurately then ever before. Pettegree’s talk brought to mind the words of Michael Bywater from his hilarious Lost worlds: what have we lost, & where did it go?:

“[W]e understand little about the quiet storm of loss which blows about our lives and histories. Despite the obsession of our species with organizing, categorizing and making lists … we have not managed to organize our thoughts about loss. It still just … happens. It still surrounds us, dogs our footsteps, clings to our coat-tails and (as P.G. Wodehouse said of Fate) waits around the corner with a sock full of wet sand.

… And yet the paradox of oblivion is this: by remarking it, we hold it at bay. Damned or not, memory is stronger than oblivion. Let us leave it at that and move on; I had something else to say, but I have forgotten what it was. Onward. Onward, before entropy gets us all.”

For those interested in the subject of lost books, note that the USTC will hold a conference on the topic in July of 2014. Get your papers in now!

*cited in Gingerich, ‘The book nobody read’, p.129.
**the below details are largely constructed from my notes to Prof Pettegree’s talk. Therefore apologies for any mistakes or misrepresentations. My handwriting is abysmal!
***meaning, perhaps, that Gingerich may have unknowingly overemphasized the rarity of ‘De Astronomicis Hypothesibus’ which, according to COPAC, survives in 4 copies in the UK alone!
****Interestingly Gingerich also talks about this perceived bias in his book, coining the catchy phrase ‘bigger books linger longer’ to characterise the phenomenon.