When viewed from above in the following town plan sheets it becomes clear how much of the character of the area is owed to the initial urban planning of Edinburgh architect David Rhind. Over the years a who’s-who of architects of the era working in and around Glasgow (Alexander ‘Greek’ Thomson and H.E. Clifford among them) were employed to design and build impressive town houses and villas for which the area became famous. Pollokshields has since become a designated conservation area due to its largely unspoiled Victorian and Edwardian dwellings. 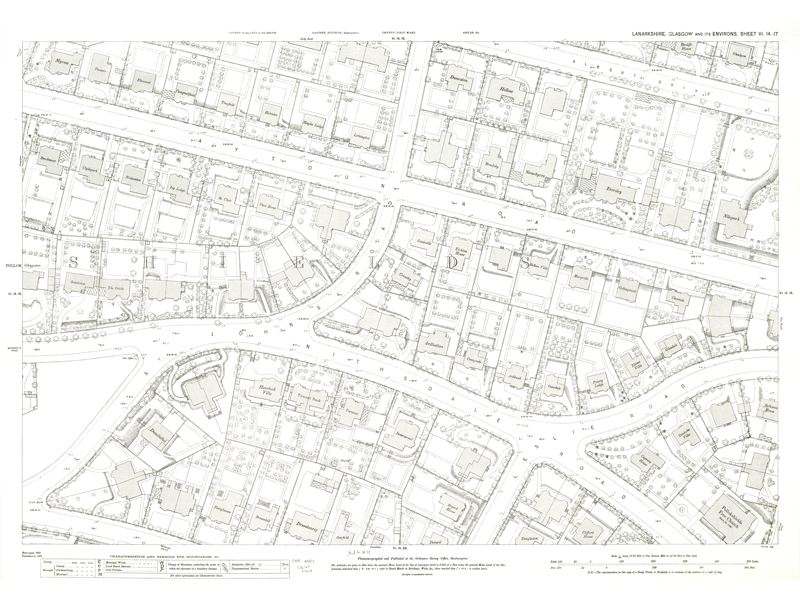 Sheet VI.14.17 of the Town Plan of Glasgow: Pollokshields area showing Aytoun and Nithsdale Road. Click the image above to view a high resolution zoomable version. 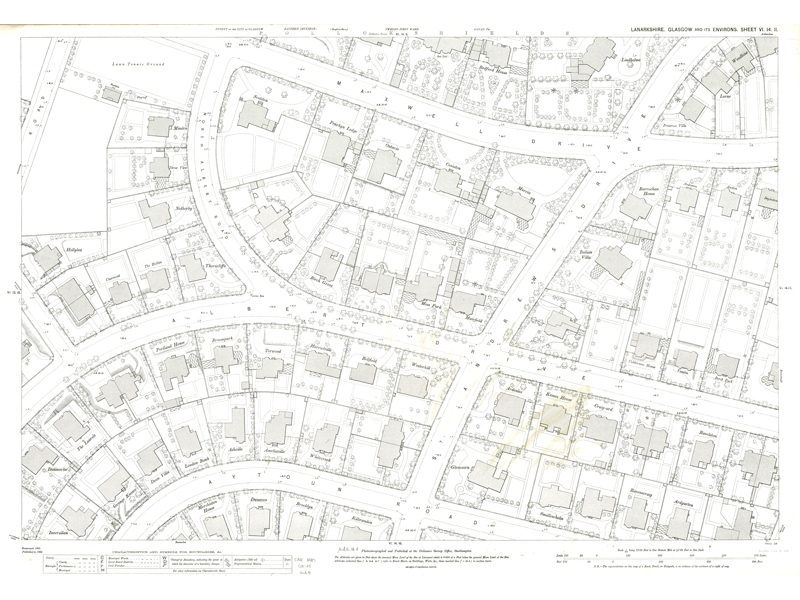 Sheet VI.14.11 showing Albert and Maxwell Drive in Pollokshields. Click the image above to view a high resolution zoomable version.

Pollokshields grew quickly over the years and in 1876 was granted Burgh status in recognition of this. By 1891 the outskirts of the city of Glasgow had reached Pollokshields and after some negotiation it became a suburb of the city. This section of the town plan was resurveyed soon afterwards in 1893 and these sheets were published in 1895.

The Zoomable versions of these maps can be viewed by clicking the images above or by clicking here and here. If you have any questions about these maps, or any other maps held by the University Library, feel free to contact the Maps, Official Publications and Statistics Unit.

Other entries in the series: